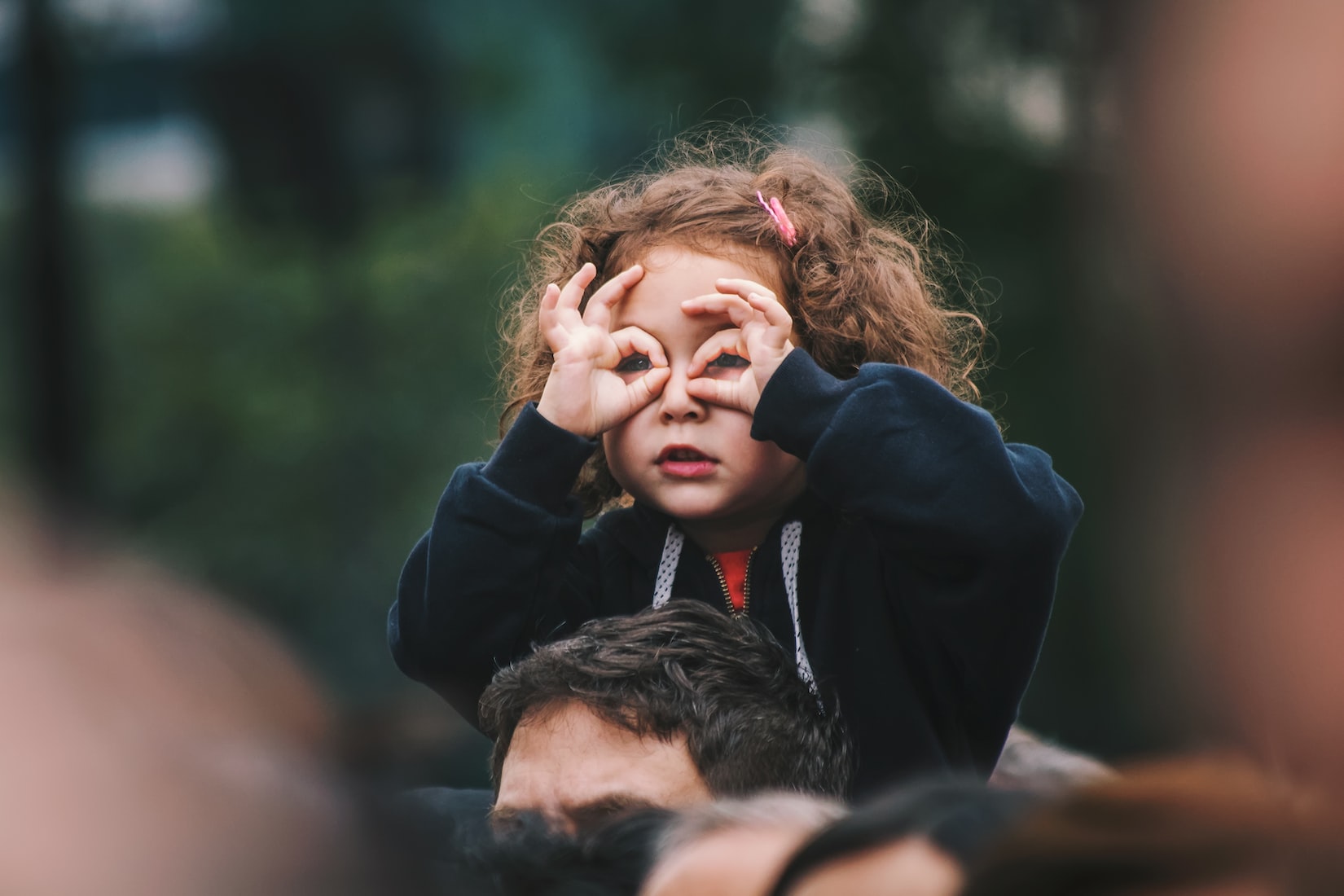 If you want to serve the world, you’ve got to first know the world. Have you encountered situations when we were so frustrated or emotionally vested into a situation at home/work to find out that the situation is actually not what it seems. And we actually embarrassed ourselves by reacting so poorly and so instinctively? In this article today, we will be talking about how we need to have the right perspective to see the world we are trying to save.


The year of 2020 had not been the best. We always hear terrible news on the media throughout the entire year of 2020. Here’s just a simple list of some bad news from just 2020 January alone:


The article on the eruption here 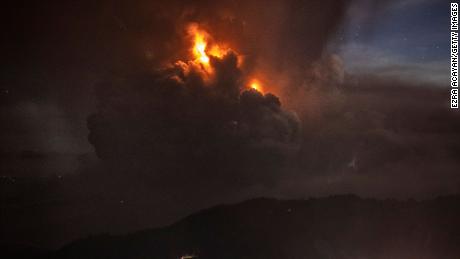 
Australia had one of its worse bush fire incidents 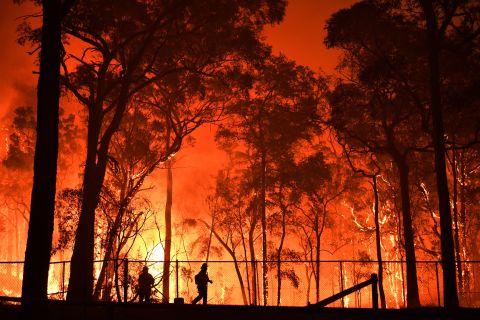 Here’s the news article for the magnitude 6.4 earthquake. Here

I’ve written an article about it here


The article is found here


In light of all these incidence, does this mean the world is actually in a worse state than it has ever been before?


Has all these incidents therefore help us to conclude that the world has became a worse place than where it was 100 years ago? While the climate change is definitely in a worse state than what it was, we cannot discredit all the efforts that were done to made this place a whole lot better; end of slavery; overall increase in literacy over the world. More than 90% of woman are going to school now. Read more about it from this article.


So in this article today, I wish to share some of my thoughts and learning from the book Factfulness” from Han Rosling. It helps to flush out these biases and instincts that will not only blind us from seeing reality for what it really is, it will help us to see that we are on the right course of getting things done right, and we can focus our efforts to do whats working.


It is an amazing book and I hope you will be blessed by some of this book’s sharing from below.


The more accurate way to look at the world is, not to look at it from a developed and developing country perspective, to look from a mental of model of 4 levels. Extreme poverty, poverty, sufficient, and well to do. Level 1, 2, 3, and 4. That is the more accurate picture to understand the current state of the world.


This book has a ton more explanation on this and I must say, it is good!


As mentioned, the news will always show stories about how the world is such a terrible state. As terrorism arises with radical thinking occupied a large part of early 2000s. We have to understand that bad news does not mean that the world is worse than what it was before. Rather, the world is actually in an uptrend will some bad news along the way that makes the trend look like it has turn a bad turn; but that is merely just a dip before it started up-trending again.


The world is in a better state than what it was 50 years ago, and what it was 200 years ago. Do not like a series of bad news to derail you and cause a misconception in your understanding of the world.


While we are not to be-little the seriousness of today’s catastrophes, we have to understand the world from a fact-based worldview backed with the facts and statistics from credible sources.


Not everything in the world-size scale continues to move in a straight line. While the population of the world was a lot lesser 5-6 decades around around 1-2 billion and right now we are currently 6-7 billion in population. There will reach a point when the number of people that will be living on earth will cap around 10-11billion. Not all trends will continue in a straight line and we have to recognize that. Do not continue to perceive the world without first questioning your assumptions.


Fear causes you to think irrationally without any more logic. This often causes you to make bad decisions that have long running implications. Take a step back from your fear, and gather your information. Calculate your risk and make fact-based decisions incrementally


Compare the numbers. Whenever you’re given a lone number, ask for another. Be especially careful about big numbers. having another number gives a sense of trend. And we should celebrate positive trends while we work hard and smartly to allocate our resources to whatever methods that had or have been working.


Get the facts right to get a fact-based perspective of the situation of the world. It is not to undermine the lives behind these numbers such as the death of infants across the world; Even 1 is way too much for us to stop finding ways to prevent infant deaths from easily curable diseases and illnesses.: diarrhoea.


When you see a lone number, always set off a trigger. What should this number be compared to? What was this number years ago?


Find out the trend to this number, and the base number in which this number is compared to, to give more meaning to the number. Get things into proportion. 
When we have not experienced the world of level 1, 2 and 3, we can easily generalize our experiences from our level 4 to the other levels. One such instance is the case of the elevator. Not all lifts in the other levels have sensors in which you put your hand between the doors, it will stop and open up for you.


Generalizing from what is normal in your home environment can be useless or even dangerous. Especially if it leads you to the conclusion that other people are idiots.


I personally have to change my own worldview after reading what was mentioned. Previously, I always subtly thought I was superior because of where I cam from, the idea that developed level 4 countries were the best and the rest would never catch up. Generally, it is always better to travel long distances with a motorized vehicle but not all processes that works in the level 4’s country may actually work in the other levels.


One of the findings was how countries are more commonly segregated by their level of income. The world of same level often operate in similar ways. How the standard of living for people living in level 1 in China and India are more similar than we think. It is not a difference of country, but a difference in income. Interestingly, you can find out more about the world from Dollar street.


To address this instinct, look for differences within groups. Then look for similarities across groups. More often than not, our wrong generalization of the population can obstruct us from seeing the world for what it is more likely to be. When we see differences in the way people in other levels are working, even if the solution seems to be a ridiculous one, assume people are not idiots. Ask yourself, in what way is this actually a smart solution?


This screenshot from the book sums up how we can deal with this instinct properly. Just because people are living in this level of income, does not mean they will forever be doing so. While there could be an issue with motivation to study, often times, people of lower levels actually need to first address their survival needs before they could even consider avenues out of their current state of poverty. How could I go for school when I know if i can not bring in this 2 dollars from the streets today, I will be coming home to a family of 3 siblings whom will have nothing to eat? 
It’s better to look at the world in lots of different ways. No one way will solve all problems. Numbers are only as useful as its ability to provide insights to the reality behind the numbers i.e., people’s lives. A wise leader looks at the numbers, but not only at the numbers. The end goal of economic growth is individual freedom and culture, and these values are difficult to capture with numbers.


The next biggest breakthrough will come from business model breakthrough instead of pharmacological breakthrough. There are many drugs that have already been discovered, but needs to be at more reasonable prices.


It is often the availability of electricity rather than more textbooks or even more teachers in the classroom that has the most impact on learning, as students can do their homework after sunset.


Often times its not an individual, even any one of power, but a collective set of factors that pushed for either a systemic change or a policy change. Those alters people’s behaviours and then creates new cause and effects.


You have to do something now. But whenever you feel pressured to act on a big problem immediately, you probably make a bad decision then. Take a step back, find out more information first, get onto the ground to gather feedback from the people before you make small decisions incrementally. If you want to do make big decisions, do it in phase help to ease people into the policy change.

Fear plus urgency make for stupid, drastic decisions with unpredictable side effects.


Climate change for example is too important for that, it needs systematic analysis, thought through decisions, incremental actions and careful evaluation.


If you want to solve problems, you need actions. Actions are driven not by fear and urgency, but by data and coolheaded analysis.


As software engineers, make sure not to make your applications a hammer, and thus all problems a nail. Not every problem requires an app to be the best solution. Sometimes even a google excel does the job. Don’t lose sight of the problem you want to solve.
When the problem seems urgent, the first thing is do is not to cry wolf, but to organize the data.


A long jumper is not allowed to measure her own jumps. A problem-solving organisation should not be allowed to decide what data to publish either. Reporting falling ebola cases shows that what was being done to fight it was working. Data is key for decision making and must be used to tell the truth, not to call to action P.S. I have no association with the author but I thoroughly enjoyed this book and the truth it gives. Some good, some surprises, but largely a ton of positive results than what I’ve the world’s current state to be.


You can check out the book here, and I’ve added in the link here. It is an affiliation link to book depository. I make close to nothing but what’s most important is how book depository’s every delivery has this bookmark. Till this point, after at least 10 deliveries, still makes me smile whenever I receive one bookmark along with the book I’ve purchased!


The ability to understand reality for what it truly is requires you to hold the right mental model that brings clarity to the mess before you. If you want to understand the problem before you truly for what it is, you have to have the right mental model. In the realm of technology, what is most important is to not lose sight of your problem statement.

“What are you trying to solve?”


Understanding and keeping the problem statement at the forefront of your discussion allows you to find the best and most appropriate technological solution for the situation you have before you.


Here’s the mind behind this amazing book!